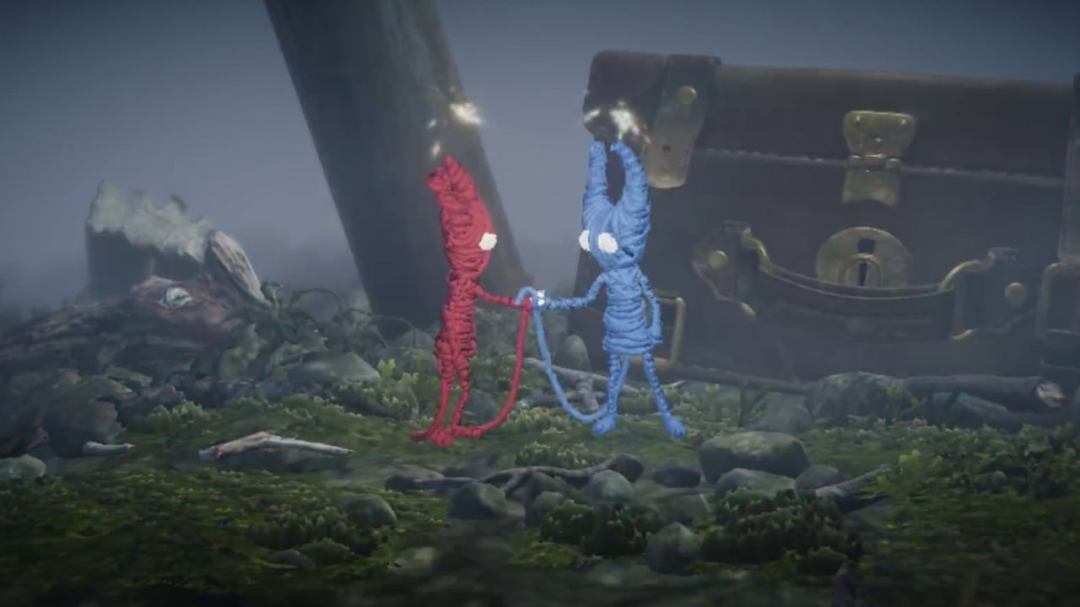 A sequel to the game Unravel, but this time you play as two Yarny’s instead of one. It’s a 2D Puzzle Platformer and it’s designed to be played as a Cooperative experience. I did not play in single-player so this review will be in the perspective of the game being played in co-op.

The story didn’t make a lot of sense to me, you’re two Yarn “people” just making your way through various areas. Occasionally there would be these videos in the background that it seem like the game was trying to be deeper than it’s capable of. The story fell completely flat for me and most of the time my friend and I just kind of laughed and asked the question, “What was that?”

There are 2 Yarny’s they’re virtually the same, you can customize them so they look different but there is no personality. The two Yarny’s just kind of exists in this world.

The game’s platforming is fine, it’s okay. It certainly stand out as anything special or to write home about.

This is the moment that really stood out to me. Rather than the generic platforming that the game makes you do throughout the first 6 chapters. The final chapter introduces a new game mechanic which is swinging which just feels good and satisfying. There is a weight and a momentum to it that when you get into a flow, its a lot of fun. It’s also a little disappointing because they locked off the best part of the game in the final chapter. If more of the game was like this chapter, I would feel a lot better about the game.

None of the puzzles stand out to me as anything particularly memorable but they’re all solid co-op puzzles where you need to communicate with your co-op partner which is always fun.

For the most part, the world (or chapters) were all very linear, there is a clear path forward. Do some platforming, solve some puzzles and just keep moving forward.

The game itself took around 5ish hours. I remember playing the game in 2 separate 2 and a half sessions. It’s not any major time investment for 2 people. You can easily split the game up into 2 or 3 shorter sessions.

This is a game that I have been going back and forth on. It’s somewhere in the middle of average and good. In cases like, I typically like to round down that way when I play a game that I think is good, it will stand out that much more. So to me this is an average game with some fun co-op, puzzles and platforming.