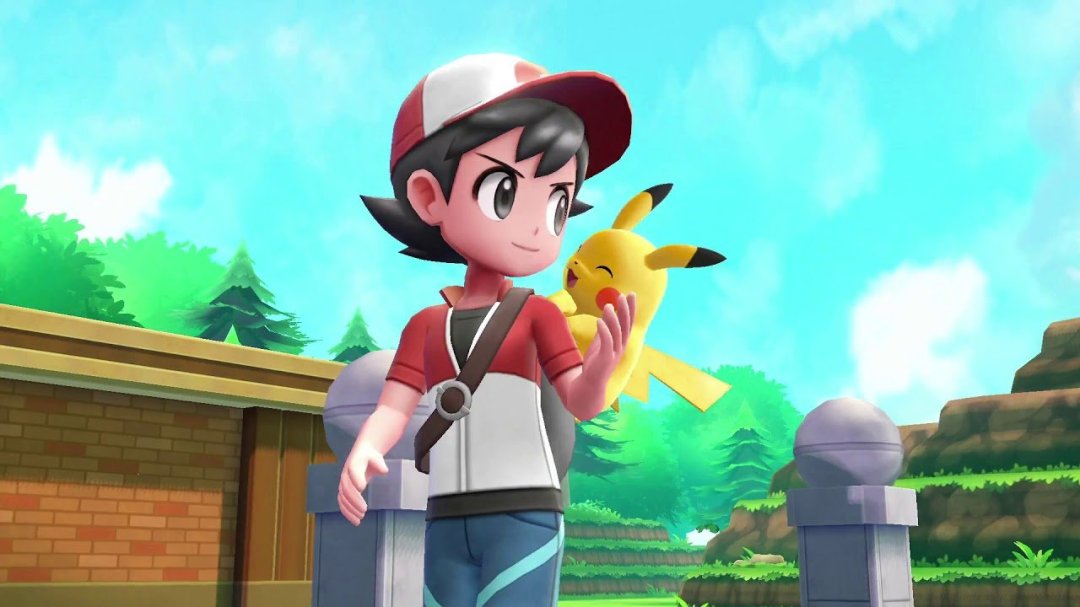 For me personally, this is a difficult game for me to stay objective with. Most of my enjoyment of this game stems from nostalgia. If you count Pokemon Red, Blue, and Yellow as 1 game, it’s probably my most played game of all time. Not necessarily in the sense of most minutes played but rather starting a new game and progressing through the game to the end. There is something about these original titles that just make me happy. That genuine happiness is transferred over from the originals to this game.  Being in this world again but this time but this time it looks so damn good is exactly what I want but this is definitely not for everyone.

The draw of the Pokemon series has never been its story and it’s the same here. You’re a young child, ready to go on an adventure to become the very best Pokemon trainer. It’s not a great story or concept but that’s fine because Pokemon has never been about the narrative but rather creating your own stories with your own team.

Since this game is all about characters and the characters are the Pokemon, I can’t pick just one so I’m just going to talk about my team that I had for most of the game.

Pokemon has never been known for puzzles. There is the one where you have to figure out how to get through Victory Road but that’s the same puzzle it was 20+ years ago so I can’t praise the game for that.

A staple of the Pokemon series has been Boss Battles disguised as Gym Leaders and then the Elite 4. They switched that formula up with Sun and Moon with Totem Pokemon rather than Gym Leaders. I wasn’t as big of a fan of it, I always liked having the 8 gyms and the 8 different Gym Types. Especially playing a Pokemon game for the first time, you never know what Gyms lies ahead so it forces you to have team variety and thats personally fun to me.

Because this game is a remake I already knew what the Gyms were so I found myself very early on building my team in a way that would make the Gyms and also the Elite 4 as “easy” as possible.

This is meant to be a broader category. Just a place for me to mention, certain mechanical things about the game. Some games I may talk about frame rate issues or the game crashing a lot. I never ran into those issues but I did run into issues with the controls.

Oh god this is my biggest issue with the game. Catching the average Pokemon, I enjoyed the experience. As I said before, the game does a great job of speeding up the process of catching Pokemon. The problem is, as the game progresses it tries to make catching Pokemon harder. It succeeds but not in the way they were intending. Later on in the game, Pokemon don’t just stand still they move from left to right. So now you not only have to flick your wrist, you have to angle your wrist in a direction. This is where the game breaks down. I don’t know if it’s a system limitation or poorly designed gameplay but either way, I had a hard time angling the Pokeballs (or ultra balls) correctly.  When a Pokemon was slightly to the left, I would either throw the ball too far to the left, sometimes not far enough to the left and sometimes the ball would go to the right. I would guess when the Pokemon would move around, my success rate of just hitting the Pokemon would go down to about 30-40%. Keep in mind, that’s just hitting the Pokemon that is not catching the Pokemon.  It took me over 200 ultra balls to catch Zapdos. Catching Articuno and Moltres probably took me about 30ish ultra balls so take that into consideration.

The Combat is the same but simplified