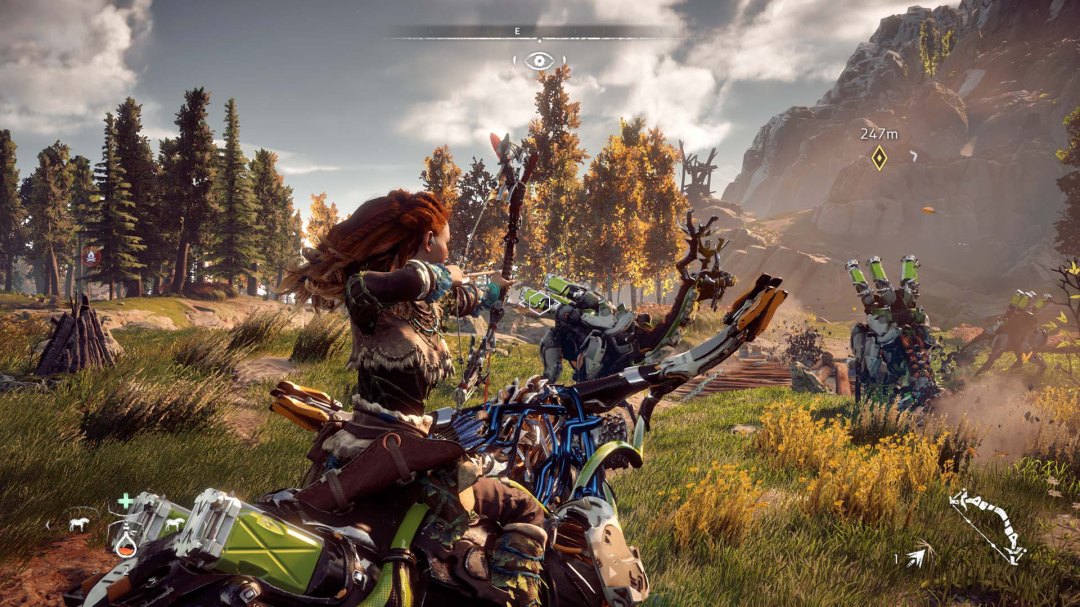 2016 was great year for video games but that’s over, its time to move on and look forward to the year 2017. Looking at whats coming out this year, its hard not to get excited. There are a few new fighting games, a new Telltale game, a new Nintendo system and so much more.

3). God of War: I tried God of War 3, I was very busy at the time and I didn’t really get a chance to play it. I might try renting it again and actually playing it this time. If I sit down and like 3, I’ll pick this game up.

5). Horizon Zero Dawn: I don’t really know how to describe this game,the gameplay looks cool and graphically it looks great. Something tells me that this could be a contender for game of the year.

6). Injustice 2: The original Injustice game was my first fighting game and it still remains as my favorite fighting game. I’m a little sad that Nightwing will likely not be in the game at its release which means I’ll probably lean towards Green Arrow at the start.

7). Insomniac’s Spider-Man: I like Insomniac, I believe this game could be great. I have full faith this will be one of the best Spider-Man game ever made.

8). Kingdom Come: Deliverance: I enjoy playing RPGS’s and this seems like a historical RPG that is set during the Middle Ages.

10). Mass Effect: Andromeda: I have never played a Mass Effect game, if I get the time I’d like to try them out and then play this one.

11). New Super Mario Switch Game: A new Mario game is definitely coming to the Nintendo Switch, I know its going to be Nintendo quality and therefore good.

12). Old Time Hockey: I like hockey but the EA games lately have been awful. This game doesn’t look great and to be honest, it looks stupid but stupid in a good way. This game is going to come down to price but if its cheap enough, I’ll pick it up.

14). South Park: The Fractured but Whole: This is another game that looks stupid but fun. I enjoy RPG’s and a South Park one should be entertaining.

15). The Legend of Zelda: Breath of the Wild: I’m very hesitant when it comes to this game. I plan on doing a full write up about this but lets just say that I’m cautiously anxious.

16). Uncharted: The Lost Legacy: Uncharted is one of my favorite game franchises so I’m not complaining that they’re adding another “game” into the mix.

17). Yooka-Laylee: This is another one that I plan on doing a full write up about so all I’m going to say is, everyday I try to keep myself from getting too excited about this game.